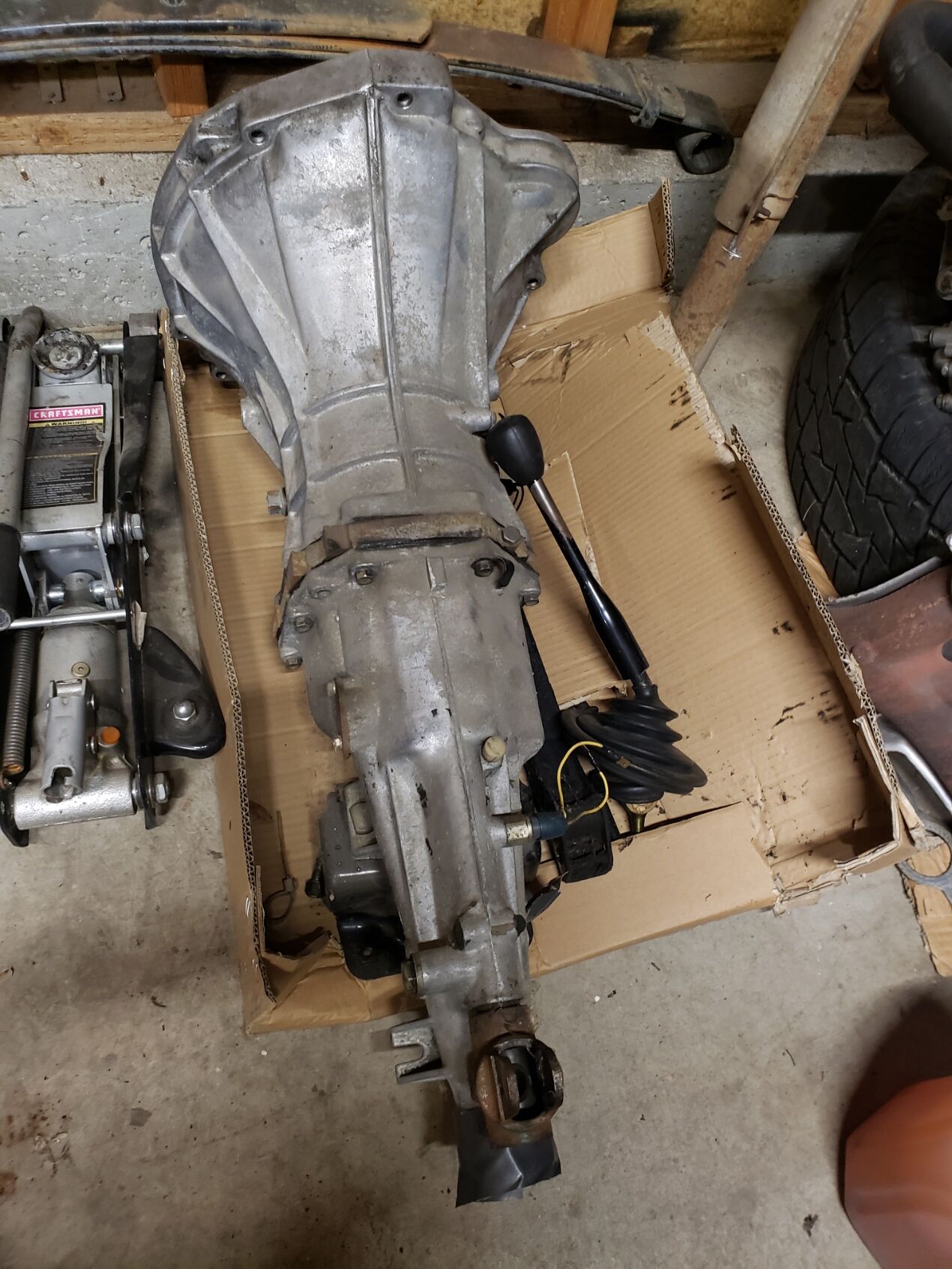 I'm selling my '84 nissan's engine, trans, driveshaft and exhaust. Would prefer to sell as a package, but I will also sell these individually.

I want this stuff gone, and I'd really like it to go to someone in the community who might be able to use it.

Z24 has roughly 177k miles on it, rebuilt due to failure, however the cylinder head bolts were stretched and the head gasket was leaking on the first start AFTER the rebuild so a little more work will be needed. Here's what was done, Man work was done by del's machine shop in Sacramento

-valve job from a burnt valve

-decked block and head from a head gasket failure

-crankshaft was welded and refinished from thrust bearing wear

-all new bearings and gaskets

-carb was rebuilt a few years ago, but could use some tlc from sitting

-will include complete exhaust, this engine passed smog reasonably well before it failed.

fs5w71b(I think?) is in good shape, same miles as the engine, was taken apart to have the 5th gear counter gear and needle bearing replaced. Work done by Manual Transmission Warehouse in Sacramento

Asking $1000 for everything, OBO. Would like some garage space back.

Pick up ONLY, can help you load into YOUR vehicle.